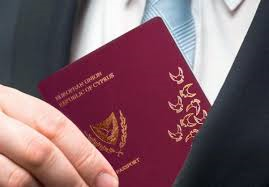 In statements at the Presidential Palace, the Minister of Finance said that the Cabinet was informed on Wednesday about the results of an economic impact study in relation to the Cyprus Investment Program.

Since the beginning of the project back in 2013, 1.864 cases of naturalization have been approved. The Minister clarified that, transactions were not the same as investments, with a positive contribution to the growth rate of the economy. Mr. Georgiades said that, it is clear from the study that the program is quite important for the real estate and construction sector of Cyprus, but with little overall impact on the economy.

However, he said, that for the three-year period 2016-2019, the total contribution of the program to growth was 1,2% out of a total of 13 percentage points, which was the growth over the last three years. On the basis of these economic findings and a relevant report from the Council of Economy and Competitiveness, the Cabinet has today adopted a series of changes.

The main changes on the plan are:

A mandatory donation of € 75.000 to the Foundation for Research and Innovation to promote the creation of an entrepreneurial innovation ecosystem, an obligation that can be waived under certain conditions.

A mandatory donation of € 75.000 to the Cyprus Land Development Corporation, aiming at the contribution to the integrated housing policy, specifically for the purpose of implementing affordable housing projects and the implementation of other housing plans / measures.

The inclusion of investments in the shipping sector in the eligible investments, on the basis of specific measurable criteria.

The inclusion of investment in Registered Alternative Investment Funds in the eligible investments, as well as the possibility for these Organizations to invest up to € 200.000 in Cyprus Stock Exchange’s secondary market.

Obligation to maintain the required investments for a period of at least 5 years from the date of naturalization, instead of 3 years.

A complete abolition of investment in government bonds as an acceptable investment within the program.

Where the investment relates to the purchase of real estate or property as well as in the case of a permanent homeowner, a planning permission, a completion certificate and a bank waiver will be required.

The applicant must have a Schengen visa in order to be able to apply for naturalization.

An applicant who has applied for the acquisition of citizenship in any other Member State of the European Union and has been rejected will not be entitled to acquire Cypriot citizenship within the framework of the Cyprus Investment Program.

The applicant should be in possession of a residence permit in the Republic of Cyprus for at least six (6) months prior to naturalization as a Cypriot citizen.

An Annual Implementation Report that includes the number of naturalizations, nationality of the applicants and the sector in which the investments were made will be prepared for the sake of transparency and correct information.

Reaffirmation of the ban on the advertising of the Investment Program in public places and on the Internet, with particular emphasis on the visibility of the Cypriot passport and the symbols of the Republic and the EU.